Propane inventories saw a 100,000/bbl draw this week, compared to a 600,000/bbl build one year ago this week. Inventory levels remain in the lower portion of the seven year historical range, as seen in the graph below. 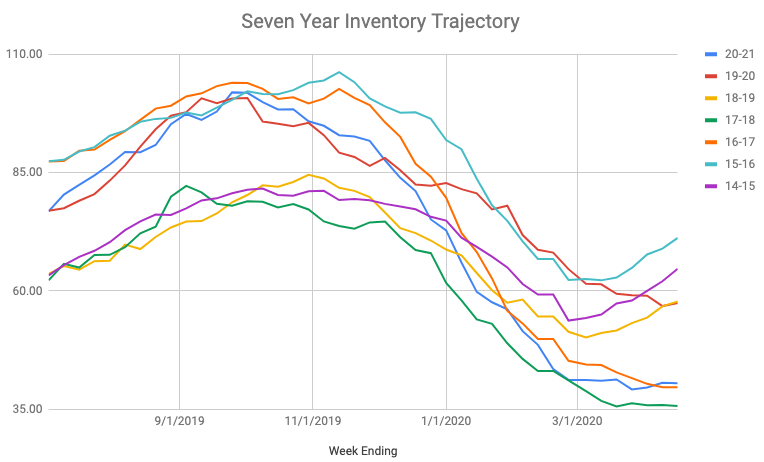 Exports were very strong this week, reported at 1.698M/bpd. This is the second highest weekly export number ever reported by the EIA, with 1.714M/bpd reported one year ago, on the week ending April 10th, 2020 report. Domestic demand was off from the previous week by nearly 700,000/bpd, so that factor balance out the strong export number. Propane production remains in a ‘new normal’ range of 2.24M.bpd. Here are where the regional inventory levels stand relative to the same week in time the past eight years: 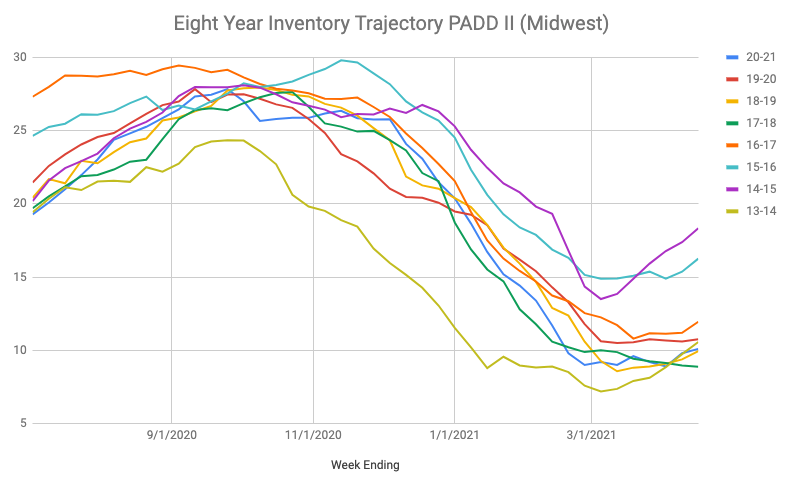