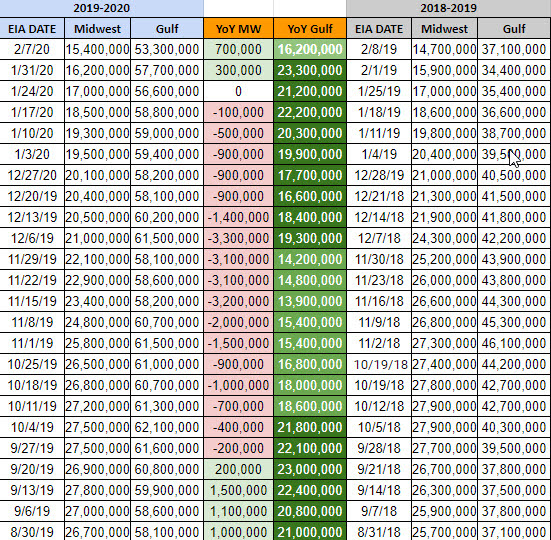 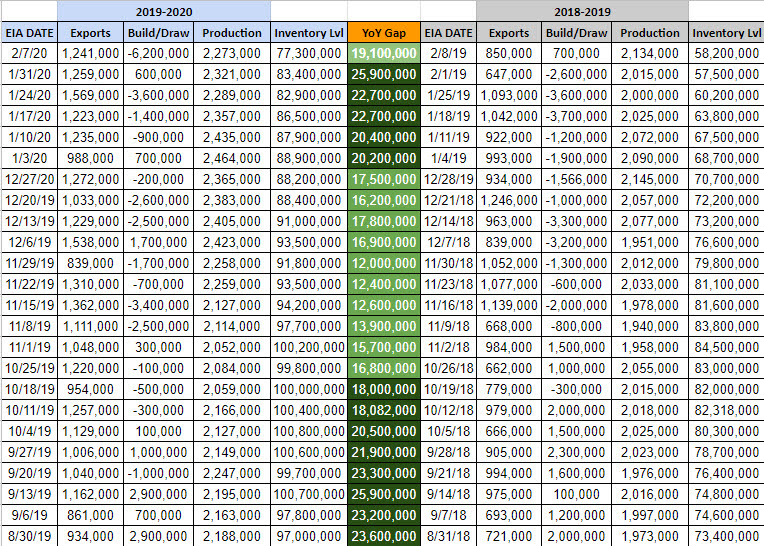 Well now….This week’s EIA report showed a 6.2M/bbld draw. Best as I can tell from searching my weekly EIA history archive, this 6.2M/bbl draw is the FOURTH largest in recorded history (I was incorrect in what I reported on the video that this was the second largest draw ever). We had a 6.3M/bbl draw for the EIA report ending January 5th, 2018. You can read what I had to say about that report at this link. We had a 7.4M/bbl draw the week of January 13th, 2017 and a 6.8M/bbl draw the week of February 3rd, 2017.

But how in the world did this draw happen? Some of you may have experienced high demand last week…but I don’t think most of you did, and certainly not enough demand to produce a daily domestic demand average of over 2M/bpd, which is roughly 800,000/bpd higher than last week and nearly 700,000/bpd higher than one ago this time.
So in other words, this report makes very little sense with the observed temperatures we experienced over much of the country when compared to the domestic demand number reported by the EIA. I talk a little more about this report a video today (below), brought to you by our friends at Thompson Gas.